Another Hobby Lobby Acquisition is in Ruins 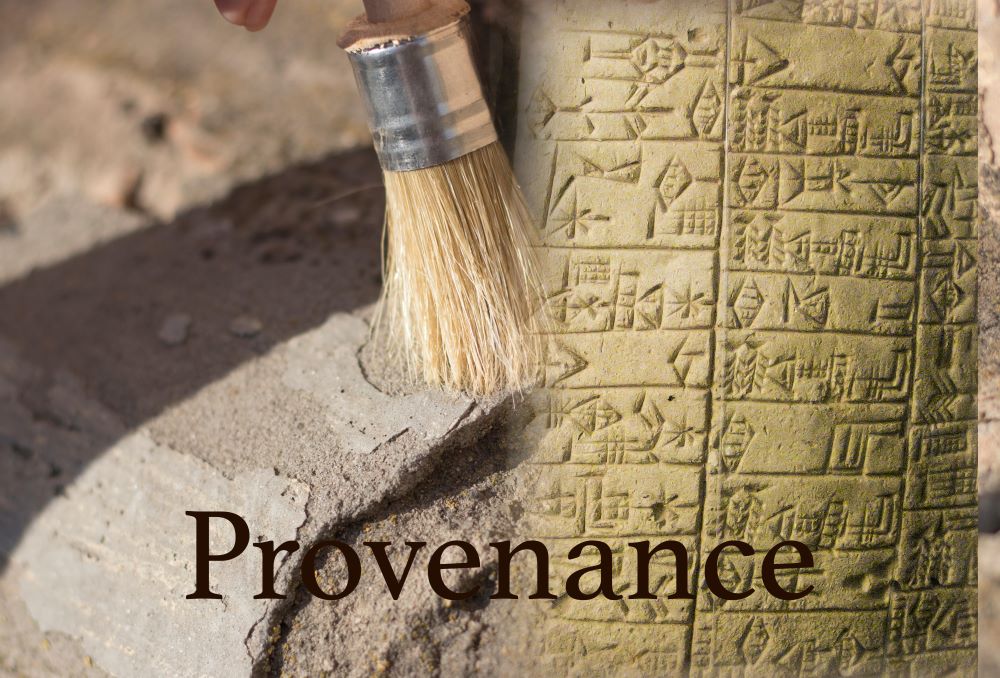 Archaeologists, State Departments, and law enforcement agencies have been suspicious of the origins of many of the Museum of the Bible’s acquisitions. The Museum was created by David Green the founder of the craft chain Hobby Lobby. David and his son Steve Green, the current CEO of Hobby Lobby and the Museum, began acquiring antiquities for the Museum in 2009 often using Hobby Lobby as a type of benefactor corporation. Many of the acquired pieces have dubious provenance and others were illegally obtained. Since the Museum’s opening in 2017, Hobby Lobby has been fined $3,000,000 by the United States Department of Justice (DOJ) and forfeited thousands of clay tablets and bullae from Iraq; discovered many of the artifacts including fragments of the Dead Sea Scrolls are in fact forgeries; and returned approximately 13,000 exported artifacts, which had been illegally exported or stolen, to their rightful owners, Egypt and Iraq.

On Thursday September 23, 2021, the latest chapter of this saga played out. The U.S. Department of State and DOJ returned the Gilgamesh Dream Tablet to the Iraqi people represented by Fareed Yasseen, the Iraqi ambassador to the U.S. The Gilgamesh Dream Tablet, which was seized by the DOJ in 2019, is a cuneiform clay tablet excavated in 1854 from King Assurbanipal’s library. Assurbanipal is considered the last great king of Assyria serving from 668-631 BC.

According to the DOJ, the acquisition “was fraught with red flags,” and Hobby Lobby had been warned by their own cultural property law advisor that “the acquisition of cultural property likely from Iraq, including cuneiform tablets and cylinder seals, carries a risk that such objects may have been looted from archaeological sites in Iraq.” In 2017, Steve Green characterized his illegal acquisitions as “regrettable mistakes” saying he “was new to the world of acquiring these items, and did not fully appreciate the complexities of the acquisitions process.” The acquisition of antiquities and archaeological material is a complex business requiring legal and provenance experts to guide purchasers through an ever changing legal and ethical regime. Legal protections for tangible cultural heritage have grown over the past 120 years.

The Convention for the Protection of Cultural Property in the Event of Armed Conflict; the UNESCO 1970 Convention on the Means of Prohibiting and Preventing the Illicit Import, Export and Transfer of Ownership of Cultural Property, and the 1995 UNIDROIT Convention of Stolen or Illegally Exported Cultural Objects are the three most influential international treaties concerning cultural heritage. The UNESCO and UNIDROIT Conventions provide the international basis for the return of cultural heritage stolen and illegally exported from its country of origin.

Whether an artifact is stolen or illegally exported is usually determined by the laws of the country of origin. Customs laws on what may or may not be exported or imported determine the legality of the transfer of objects across borders. When considering whether an archaeological piece has been stolen, prosecutors will look to national patrimony laws. Many source countries have such laws which vest the ownership of all archaeological material, whether it is on public or private land, in the State. The U.S. handles these materials differently. The U.S. claims ownership of all such material only on Federal lands under the Antiquities Act of 1906, not on private land. If a piece has entered the country after being stolen or illegally imported, the DOJ can then use the National Stolen Property Act to prosecute, or threaten the prosecution of, the current possessor of the material and then use civil forfeiture to seize the stolen goods. In the Hobby Lobby case, the DOJ used the civil forfeiture provisions of the Tariff Act of 1930, 19 U.S.C. § 1595. After the goods are seized, the Conventions require the return of the items to the source country, like the return of the Gilgamesh Tablet to Iraq last week.

The return of the Gilgamesh Tablet is just the latest reminder to art market participants to approach their purchases with caution. Purchasers need to hire, and listen to, competent experts who understand how to perform due diligence on the provenance of the possible acquisitions and legal experts who can advise on the legal risks of the purchases. Robert R. Atkins, Jr. is an attorney and an archaeologist giving him a prospective on these issues that few others have. If you are considering a purchase of art or antiquities, you can call Leonard Sciolla, LLP at (215) 567-1530.