New Jersey and Philadelphia Rules for Marijuana Screening of Employees 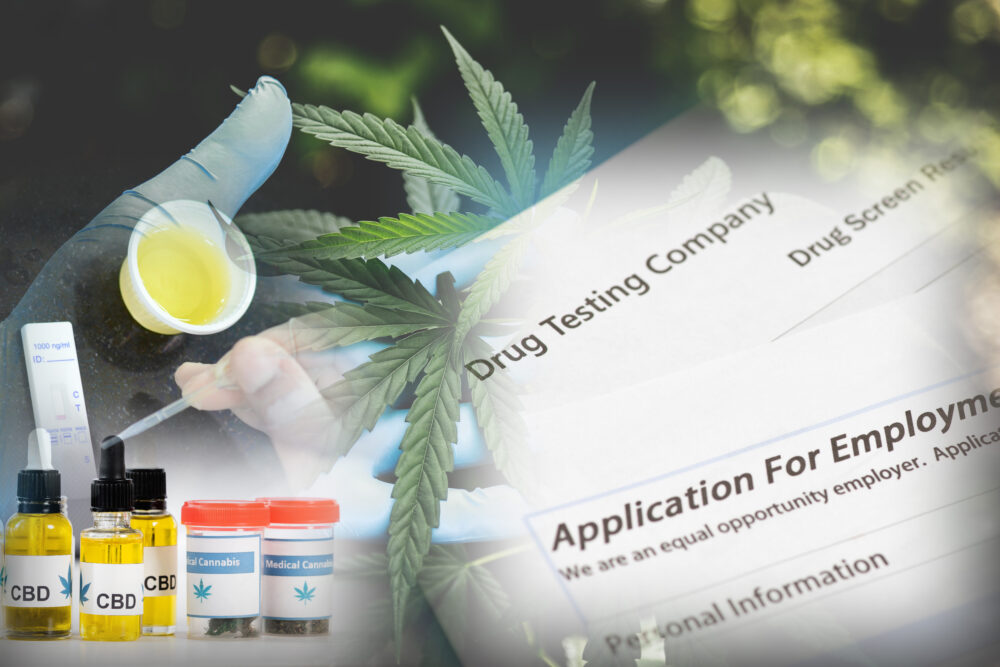 As society changes its views on marijuana, employers in the Delaware Valley and across the country need to adopt new policies regarding how they handle employees who use the substance. Both New Jersey and Philadelphia are making that happen.

Section 48 of the NJ Act added a new chapter to Title 24 of the New Jersey Statutes which provides rules concerning employers, driving, minors, and control of property.  Employers are specifically prohibited from taking any adverse actions against an employee because they do or do not us cannabis regarding the employee’s:

There is an exemption. Employers are allowed to test employees for being under the influence at work or during work hours in order to maintain a drug-free workplace. They may require an employee to submit to testing if the employer has a reasonable suspicion of an employee’s use of cannabis during work or finds observable signs of intoxication. The drug test must include “scientifically reliable objective testing methods” and a physical examination to determine whether the employee is actually impaired. The physical examination must be conducted by a person with the “necessary certification to opine on the employee’s state of impairment.” Testing employees for marijuana metabolites can show that the employee used cannabis sometime in the past. Many seem to read this section as requiring the test to simply show marijuana is in the system while the expert opines as to the impairment. That may not be the best reading of the statute.

The test, and not just the expert, may also need to show the employee’s impairment. The section reads “scientifically reliable objective testing methods and procedures, …, and a physical evaluation in order to determine an employee’s state of impairment.” Employees’ attorneys will likely argue that while marijuana metabolite testing can show someone used cannabis, currently available testing methods cannot yet demonstrate impairment. The United States Department of Justice funded (but did not publish) a study to evaluate methods to determine whether an individual is impaired by cannabis. The study concluded that “THC is not a reliable marker of cannabis impairment.” It also found that the Romberg balance field sobriety test (the test typically used to assess alcohol impairment) was “not sensitive to cannabis intoxication.” AAA, which opposes marijuana legalization, agrees with this assessment. In discussing some state’s per se limits on THC in a driver’s system, the AAA states, “no data reliably shows what level of THC impairs driving, the chemical’s effects vary by user, and THC testing often cannot be done until hours after a crash.”

This new ordinance brings Philadelphia in line with a few other major cities which have adopted similar prohibitions such as Washington D.C., New York, and Atlanta and some states like Nevada. The Philadelphia Ordinance makes it unlawful for “an employer, labor organization, employment agency or agent thereof to require a prospective employee to submit to testing for the presence of marijuana in such prospective employee’s system as a condition of employment.” The Philadelphia Department of Labor has been tasked with creating regulations and penalties for violations of the Philadelphia Ordinance.

There are several unsurprising exceptions to the Philadelphia Ordinance. The Philadelphia Ordinance does not apply to prospective police officers or law enforcement employees, commercial drivers, or those jobs where the individual would be caring for children, medical patients, or disabled individuals. It also does not apply where federal or state statute or federal contract requires drug testing including marijuana, and it does not apply to union jobs where pre-employment testing is specifically addressed in the collective bargaining contract. Curiously, the NJ Act does not appear to have those carve outs.

Both of these laws require employers to re-evaluate their drug policies concerning employees use of marijuana and marijuana testing. In New Jersey, employers who feel the need to continue testing for cannabis impairment should be following the New Jersey Cannabis Regulatory Commission. That Commission has been tasked with adopting rules for the new industry in New Jersey as well as creating the “standards and course curricula for certification as a Workplace Impairment Recognition Expert (WIRE). Employers should have someone on staff who has WIRE Certification. Without someone on staff, employers will risk the WIRE draws inaccurate conclusions. The time between an incident and the time the WIRE conducts their physical evaluation could substantially alter the WIRE’s opinion of the employee’s impairment.

With the change in Philadelphia just six months away and the NJ Act being law now, employers need to be rethinking their requirements for drug testing prospective and current employees if they are not in one of the exemptions. There are likely simple policies to put in place in order to ensure an employer’s conduct does not violate state or local law. If you need help reviewing your hiring policies, the business attorneys at Leonard, Sciolla, Leonard & Tinari, John L. Leonard, Keith N. Leonard, Paul H. Schultz, and Robert R. Atkins, Jr. can help.